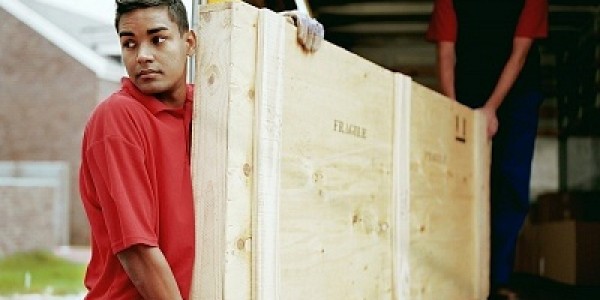 We packed and moved an older couple this year. They had purchased a house and kept the original one for an investment for them and their cat family. They had four cats and we asked that they be kept from being under foot. Their daughter was assigned the task of taking care of the four cats.

We plastic wrapped the furniture and pad wrapped it and loaded their containers and furniture in the best Toronto Movers fashion leaving no stone unturned. Having had moved before they commented that of all Toronto Moving Companies they had used in the past, we were the best moving company. That was good to hear and that they found us on Homestars Toronto Movers.

When we arrived at the new location we heard the meowing of cats. We thought at first it was coming from outside the truck but just to discover it was coming from inside the truck. Obviously the daughter did not do her duty to take care of the cats. We quickly unloaded the truck  and found two cats hidden amongst the boxes but their was still more meowing now coming from the furniture. We found that the two other cats had been plastic wrapped into some cabinets. We quickly released them and they took off like a shot in the house. Needless to say everyone was relieved. It was our first experience with plastic wrapped cats and cat hitch hikers and we hope never again. The daughter while very apologetic couldn't stop laughing but made peace with her parents.